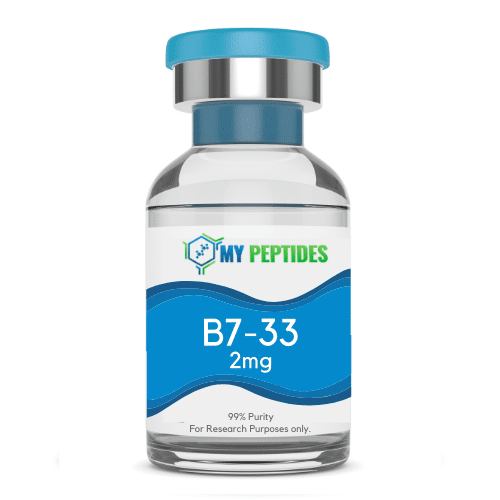 Anti-fibrotic properties of B7-33 are powerful. Fibrosis is a significant problem in many diseases, including heart failure, lung inflammation, kidney disease, and more. B7-33 has been shown to reduce fibrosis by 50%, allowing injured animals to live longer and providing the first new treatment for heart problems in 20 years.

It has been demonstrated to reduce the formation of excessive scar tissue after cardiac injury. In addition, some vascular disorders and preeclampsia during pregnancy have also shown promising results.

The following is an explanation of how these receptors work:

Several stimuli can activate relaxin receptors: cAMP; orexin; CRF; insulin-like peptides; GLP-1; and other insulin-like substances. It has been shown that agonists have anti-inflammatory, antioxidative, and wound healing properties. Aside from vasodilator, blood vessel growth stimulator, and antihypertrophic, relaxin has been shown in studies to have all of the other properties listed above. Because of this, this same peptide, as well as its derivatives, can be used to treat acute heart failure and other fibrotic conditions.