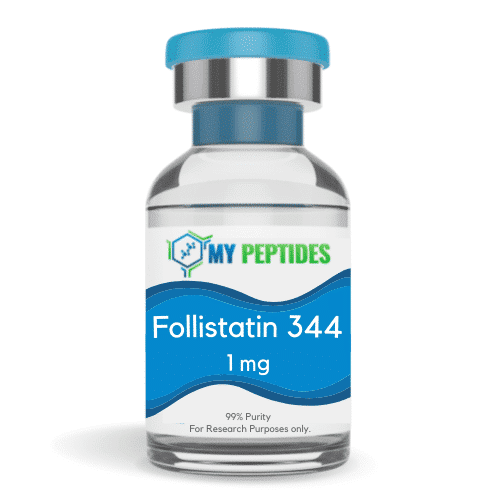 What Exactly is Follistatin 344:

Follistatin-344 is a muscle-building protein with numerous benefits.  Research suggests that muscle mass and strength can be increased by suppressing the protein myostatin, which generally prevents muscle growth.

Follistatin is a naturally occurring protein found in nearly all mammals’ muscles. It was first discovered while studying ovulatory follicular fluid. Familiar follistatin peptides can be found in the bodies of rodents and humans alike.

What is Follistatin 344 Known For?

Follistatin-344 inhibits myostatin’s regenerative properties and the release of the follicle-stimulating hormone when administered (FSH). Having a high FSH level in men can lead to abnormal hormone function and poor testicular health. Additionally, high levels of this hormone have reduced muscle mass and recovery time after workouts. Too low levels, on the other hand, can harm a person’s ability to reproduce.

Effects of Follistatin 344 on Muscle Growth

High Follistatin 344 dosage, according to research, does build muscle. However, animal subjects have been used in the majority of research on the Foliistatin 344 peptide. Follistatin 344 usage in humans is not currently the subject of any formal investigation. Even so, follistatin supplements are widely used in bodybuilding and fitness forums.

The reason for this is that Follistatin 344 blocks activins, which are responsible for reproductive ageing. This peptide, according to research, may also help with the symptoms of menopause.

In addition, Follistatin 344 is abundant in high-quality sperm. As a result, supplementing with follistatin 344 may help men become more fertile.

Even though follistatin 344 research on the relationship between follistatin and fertility is still limited, there is evidence that it increases fertility in both sexes.

Research has suggested the following to be possible side effects of Follistatin 344:

Folistatin’s interactions with Activin, according to scientific studies, may have a positive or negative impact on cancer progression depending on the type of cancer: Cancers such as breast and lung as well as liver and ovarian have been shown to benefit from the use of Follistatin. On the other hand, Follistatin may have a negative impact on certain types of cancer, including oesophagal, stomach, skin, and prostate.

Be the first to review “Follistatin 344” Cancel reply